How To Wear The John Wick Suit 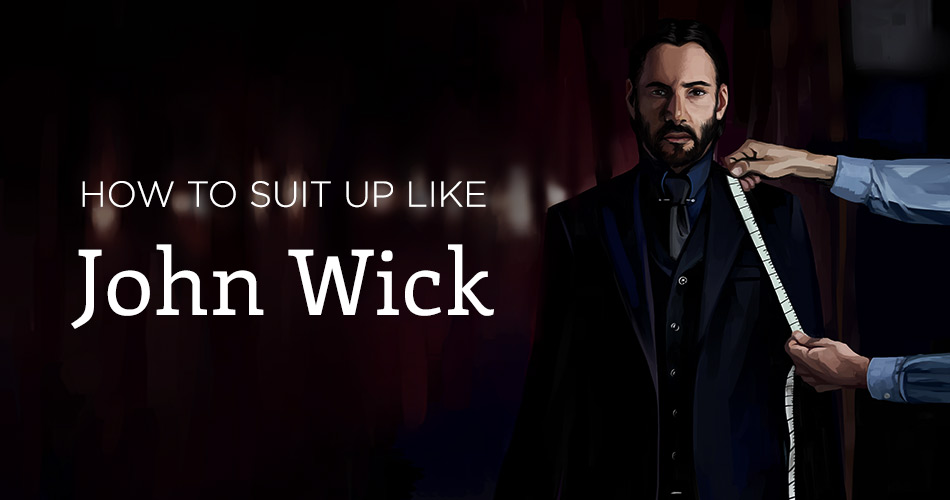 How To Pull Off John Wick’s Killer Style

Thanks to stellar cinematography, A+ acting, and general badassery, John Wick became an action classic the second it hit cinemas. Whether you enjoy the movie itself is up to you, we’re not devoted cinephiles, but what we are devoted to is another element found in the movie and its sequels — his killer style.

*CAUTION — minor spoilers ahead (it’s been five years since the first movie, but just in case…)

The Creation of John Wick’s Style

Now three films into the franchise, John Wick is as famous for his taste in tailoring as he is for his love of dogs and his proficiency in killing with books and pencils (and more generally, any weapon you can think of). That said, as far as suited-up gunslinging heroes go, there’s another who’s even more top of mind and just as iconic.

If you’ve watched a Bond movie in the last however many years, you’ll know that James Bond cleans up well. Suiting up like Bond isn’t easy for most people lacking an MI6 expense account, but that’s not the case for John Wick. 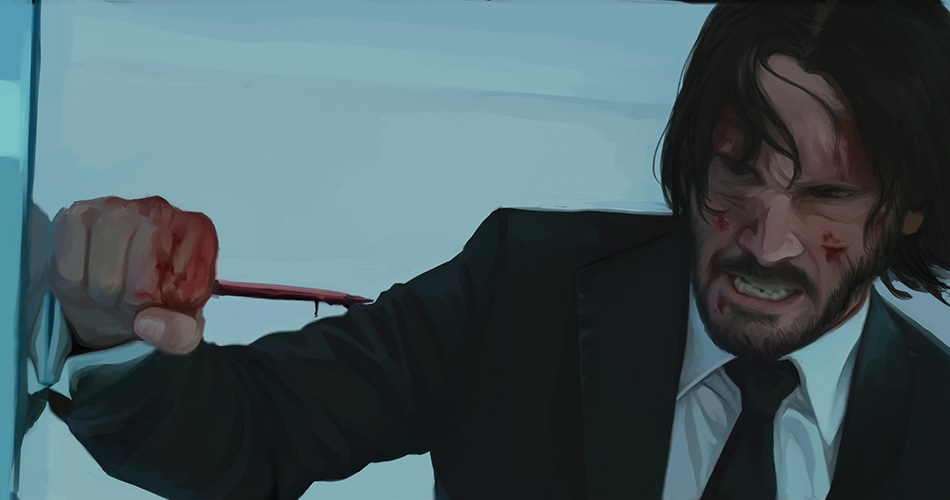 Hollywood’s hardest to kill and best-dressed hitman has Italian costume designer Luca Mosca looking after his style. Especially during an era when most big-screen fights take place between characters wearing spandex and capes, Mosca’s suits are a breath of fresh air.

Legion of fans are understandably eager to copy the look. You may not have the personal tailor or the Tinseltown budget, but there’s nothing stopping you from swiping John Wick’s assassin-chic style.

The Full Breakdown of a John Wick Suit

A John Wick suit keeps things uncomplicated. Because life’s complicated enough when you’re a retired assassin on a retaliatory rampage, why deal with the added stress of an overly-intricate sartorial routine? Wick knows what he likes and sticks with it.

You might have noted the quote at the top of this page referencing the scene where Wick was ordering a suit with his tailor in Rome. Despite his request, his suit is not an authentic Italian style suit, but some elements certainly are. What we’re saying is, don’t use this as a basis for what Italian suits look like. This is for John Wick, he’s special. Though if you’re curious, read up on the differences between Italian vs. British. Vs American suiting. 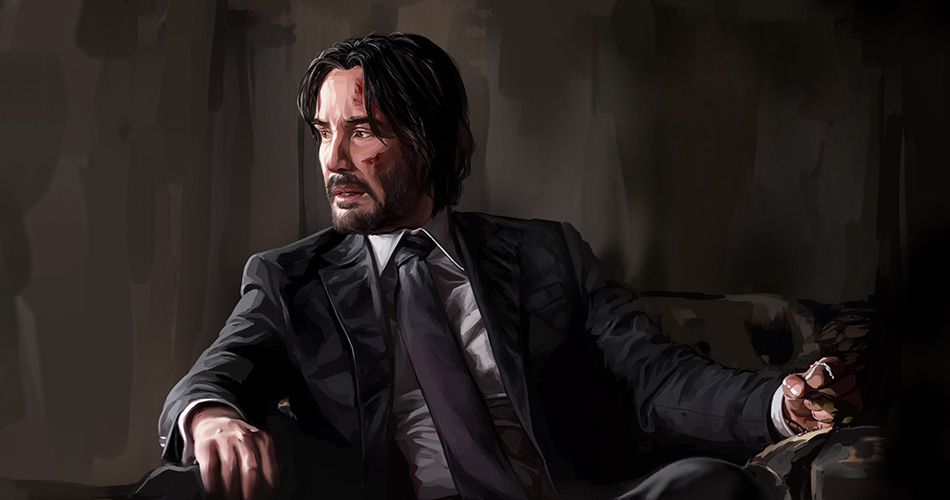 John Wick favors a single-breasted jacket with notch lapels, flap pockets, and a two-button front. He makes wardrobe choices wisely, with the utmost attention given to the physical demands of his profession rather than stylistic vibrato. Look closely and you’ll notice a double vent in the rear and higher armholes. These details afford him the increased range of motion his line of work requires. John Wick’s suit jacket is rarely buttoned closed for the same reason. One never knows when one might need to whip out a firearm or ride a horse through the streets of New York City.

On the bottom, the John Wick suit continues the theme of simplicity. His pants feature a flat front style over pleated, no cuffs and a higher rise to allow for movement. The leg is tapered but not overly slim, with very little break. You’ll never catch Wick getting tripped up by excess fabric or suffocating in a fit that’s too skinny (put a pin in the topic of fit for a moment).

Wick cycles through several go-to dress shirt options. In most cases, you’ll see him sporting an extremely well-fitted dress shirt in white, black, or dark gray. In a rare departure from the “simplicity” theme, Wick has a predilection for French cuffs and cufflinks. We suppose we must allow for the possibility that the cufflinks could be yet another weapon in Wick’s hands.

On the occasions when he’s in the mood for something a bit more refined like a visit to the Continental Hotel, Wick will layer in a matching black vest or swaps it out to masterly pull-off a black turtleneck.

Sign up for style, relationship, and self-improvement advice for the sophisticated modern man.

Neither Wick nor Mosca is the kind of person who overlooks details. Here are the accessories used to complete the look for John Wick’s suit.

Wick’s pin-sharp tailoring is finished off with all-black accessories: black socks, black calfskin dress shoes, a black leather belt, and a black (or dark gray) tie. Fittingly, John Wick chooses these basic accessories much like someone should when they’re dressing for a funeral.

Wick’s wristwatch is a little bolder. His timepiece is a Carl F. Bucherer Manero AutoDate, a watch that serves Mosca’s vision and is as Mosca tells it, “…incredibly elegant and clean at the same time — exactly my aim with John Wick’s suit.”
You should note that Wick wears it facing the inside of his wrist, a strategic and tactical move that shields it from both the glare of the sun and prying eyes.

Wick can sometimes be seen sporting a tie bar, which makes sense given its unmatched ability to keep the tie in place when you’re gallivanting around with a gun. And as we pointed out earlier, John Wick digs cufflinks – a lot. This is the one time we see John Wick utilizing a fashion accessory in a way that is typically seen as “faux-paux” in the real world since cufflinks are typically associated with black tie and tuxedos.

Every well-dressed man knows fit is key. It’s all the more important when you’re constantly fighting your way through impeccably choreographed chaos.

Out of all the ways we’ve shamelessly promoted Black Lapel custom suits, this time might be easiest. In the film, John Wick has his suits made for him by a tailor played by Mosca himself. In reality, Keanu Reeve’s suits were also custom made made to account for the fact that he does many of his own stunts. 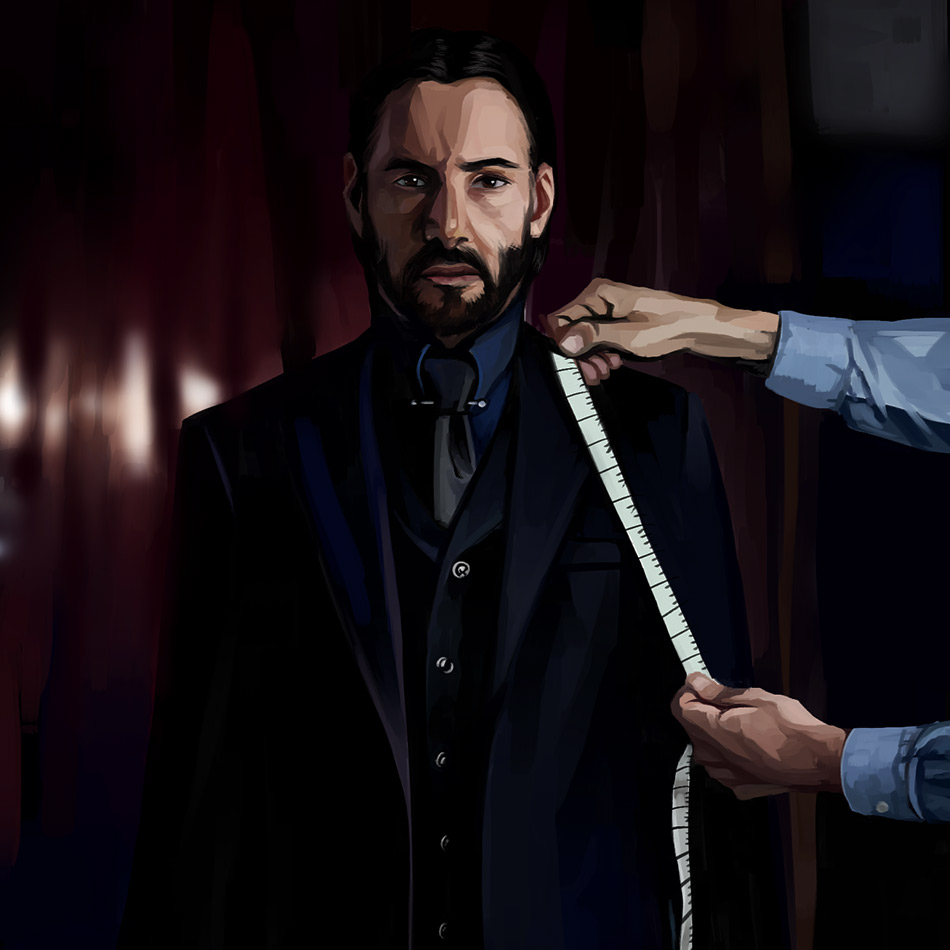 The suits themselves are custom fitting to maximize movement and flexibility, both in real life and on-screen, meaning they must be tailored precisely to the man moving around in them. Rumor has it almost 200 suits were made for a single costume in Chapter 3 – both as backups and to show the progression of wear and tear during various fight scenes.

You’re not moving like a top-tier assassin, so don’t worry about your made-to-measure suits wearing through, they are built to last and are your ticket to getting Keanu’s perfect fit.

John Wick is a badass hitman with impressive combat skills and a knack for getting himself into, and out of, situations where he has to use them. He needs a suit that can keep up with his “active lifestyle.” For Wick, that means bulletproof fabric (it’s a real thing) and a certain level of stretch woven into the material.

We’d like to think Wick would appreciate our performance caliber Traveler Suit, built for the guy who is on the move. The specially-woven wool fabric makes the Traveler Suit more wrinkle-resistant and stain-resistant – in case you spill blood (or coffee) on it. It has a special weave that has been engineered to allow for natural stretch for increased comfort while you’re out avenging your dog (or during your commute).

You have individual elements. Now how do you put them together to seal the deal?

First, think of a minimalist wardrobe. John Wick the movie is over the top, but John Wick the man is not. The sharply-dressed sharpshooter prefers a look that is reduced down to the essentials – clean lines, slim fits, simple color schemes, and few extraneous details. It’s the kind of look that can take you anywhere in style, whether you’re bound for work or drinks at the Continental or the catacombs of Rome.

Second, focus on the palette. Wick’s grim shades of black, white and gray aren’t just stylish, they’re a window into his inner world. He’s a man in mourning, an angel of death, someone with little access to hope or joy or light in his life. While grim, it’s an accurate representation and a clear example of how style is a direct expression of who we are.

In choosing this monochrome wardrobe, Mosca creates a kind of visual shorthand for the audience. He explains, “When we first meet him in John Wick it picks up at a point in life where he is grieving [the death of his wife], he is empty, he is full of rage. And all of these negative feelings are transmuted into the costume. There’s no joy, there’s no room for color. There’s no happiness, no serene blues, and greens. There’s no passionate reds and rusts. No. This is a costume that has no color, no passion. It’s a lack of everything.”

Wick’s look tells a story that is uniquely his. Mosca set out to define the character with a few pieces that are definitively and indisputably ‘Wickian’ – he is not an American James Bond or Kingsman clone, he’s his own man. In a franchise that relies so heavily on imagery, the wardrobe plays an essential role in storytelling.

You don’t have to be a movie star to borrow this move. Create a look for yourself that is recognizably yours by choosing a few key pieces that best exemplify your style and building around them. Then spice things up with the occasional bold accessory. You may even want to experiment with designing a minimalist wardrobe to keep your style moves ultra-streamlined. Wick doesn’t go for a lot of variety in his clothes, but he has a uniform that works for him and is now iconic.

John Wick is a lesson in suiting 101 which is taking things back to basics and making the most of them. You don’t need to blow your budget or go over-the-top when the age-old saying less is more works so effortlessly.

This stylistic attitude plays into a much broader theme of Wick, and beyond the character, of Keanu himself. The character and poise of John Wick are strikingly similar to Keanu (or how we see him publicly), and his humble, down-to-earth demeanor can be shown directly by his wardrobe.

Neither character nor actor is flashy or vain. Keanu is one of the most likable men in Hollywood, not just because he’s the kind of guy who takes meme stardom in stride, gives up his seat on a crowded subway, and waits in line in the rain to get into his own wrap party.

Because In The End…

You can be the best-dressed man in the room, but if nobody likes being around you, what good does it serve? Dressing well is one thing, being your best self is another; ‘style’ is not defined only by your clothing, but how you carry yourself. Keanu knows who he is and doesn’t let anything shake him. He’s good-natured, courteous, modest, laid-back, determined, eager to take on new challenges, full of life and, as an understated New Yorker headline proclaimed, too good for this world.

One thought on “How To Wear The John Wick Suit”